From Civilization VI Wiki
Jump to: navigation, search
This article needs an update. You can help the Civ 6 Wiki by adding the latest info.

A list of known Easter Eggs in Civilization VI. 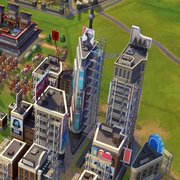 Inputting [ICON_ICONNAME] into the input field will force it to show up as the icon. You can find all of the icons in XML files at: