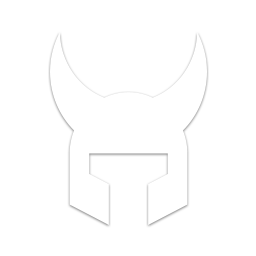 Barbarians in Civilization VI are roving bands of non-player character units who will attack and pillage tile improvements of players and other civilizations or City-States. As civilizations in the game grow Barbarians will appear less frequently as there will be less places for their outposts to appear. During the early game they are particularity menacing as they can spawn horsemen and horse-archers before a player can research anti-cavalry technology. Barbarians will typically only spawn at outposts; however, they can spawn near civilization cities when their

Amenities gets too low.

Barbarians will spawn at outposts that appear randomly in any tile that is outside of the visible range of any non-Barbarian unit or city (this includes City-States and non-player civilizations). When a new outpost is created the game will play a tune to let the player know. To reduce the spawn of Barbarian outposts in your area you can position units on hills, which can allow units to cover an extra tile of sight due to its height advantage, as to maintain the largest possible visible range. Your cities will also increase their visible range by their cultural borders. Alternatively, and for purposes such as Gilgamesh's Epic Quests leader bonus, you can keep units as close to your cities as possible to increase the chances of an outpost spawning near you.

Barbarians will remain in the game right up until the end. However, as more territory is acquired, Barbarians will have less land available for their outposts to appear and typically will only be found in snow or tundra terrain as they are less likely to be cities and non-Barbarian units there. If the entire world is civilized, the Barbarians will disappear.

Although Barbarians can spawn nearly every type unit in the game (dependent on the current era) they will spawn different units depending on where their outpost is located. Regardless of their position every outpost will spawn melee and ranged units. Every time a new outpost appears it will start with 1 Scout and 1 era-dependent melee or anti-cavalry unit (such as a Spearman).

Typically, Barbarian units will prioritise attacking or capturing units. If there are no units in visible range for them to engage they will swarm cities and pillage their improvements. They will also attack cities if there are enough Barbarian units in range. Barbarian Scouts will survey the land for cities. Once they find a city they will attempt to go back to the closest Barbarian outpost to spawn additional units to assault it before returning to scouting. If a scout has spotted your city it can be visually recognised as a red exclamation mark (!) above the unit.

Barbarians themselves do not spawn non-combat units however they will assault them if they see them. If a Barbarian unit comes upon a non-combat unit such as a settler or builder they will capture it and escort it back to the nearest outpost. If they come in contact with a trader they can pillage the trade route. Once the Barbarians capture a unit it can be recaptured by any other civilization or City-State in the game even if they were not the original owners of that unit.

Barbarians are generally seen as an annoyance throughout the game. To reduce their impact on your civilization players should aim to have as much territory in their visible range as possible by positioning units strategically around their land or having large cultural borders on their cities. When a new outpost spawns and the player is notified by the sound alert, it is recommended to attempt to locate it to make sure that it doesn't pose a threat. Barbarians are not always detrimental to a player and they can be strategically used for beneficial purposes.

With the exception of Barbarian scouts, all of their other combat units will almost always attempt to attack the weakest unit in close range. This also includes units weakened by damage they have taken in previous turns and not specifically the units base combat strength at full health. Players can use this behaviour to lure units away from their outposts or towards other civilizations or City-States provided than at the end of the turn your unit is not the closest or weakest.

Certain leaders and units have bonuses that provide additional benefits for combat or specifically tailored towards Barbarians. When correctly utilised it allows Barbarians to provide a benefit to the player rather than an overall hindrance.

If barbarians do take your city it will be destroyed instantly there is no getting it back whether this is supposed to happen or is a bug it is devastating so deal with them early on.