More on this on Wikipedia:
→ Arabia

Arabia is one of the civilizations in Civilization VI.

In Civilization VI, each civilization has two abilities. One is based on what the nation has done throughout history and the other is tailored to what happened during the ruler's reign. Saladin leads Arabia. From his promising start as a young scholar, Saladin and rose to become a legendary commander whose talents and wisdom won praise from his friends and enemies alike. Arabia's Special Ability is called The Last Prophet. When the next to last Great Prophet is claimed, Arabia automatically receives the last one if they haven't already received their prophet. This guarantees Arabia the ability to found a religion.

Arabia has always been famous for its horses and their unique unit is the Mamluk. This Knight replacement heals at the end of every turn, even if it moved or attacked. Arabia's unique building is the Madrasa. It generates more

Science than the University and it provides

Faith based on the Campus adjacency bonus.

Saladin's ability is Righteousness Of The Faith which happens to be how you translate the word "Saladin". The worship building for Arabia's Religion cost very little

Faith to build and produces bonus

Culture. Arabia can take advantage of the benefits of founding of religion without having to worry about racing for a Great Prophet. You'll want to have a Holy Site in many cities to take advantage of Saladin's ability as well.

Science and Religion blend in Arabia and this civilization is ideally suited for either kind of victory. 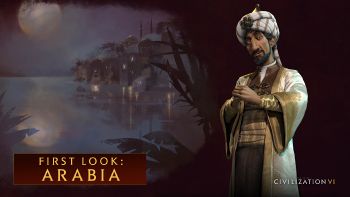