The Acropolis is one of the Unique Districts from Greece in Civilization VI.

The Acropolis, which literally means "high city" in Greek (akro/high+polis/city), is a fortified settlement built upon a hill or higher ground. The hilltop location provides strong defensive capabilities and, in many ancient cities, the Acropolis was the most central part of city. The Acropolis of Athens in Greece is the most iconic of these structures and has had several famous buildings erected on its premises, including the Parthenon. 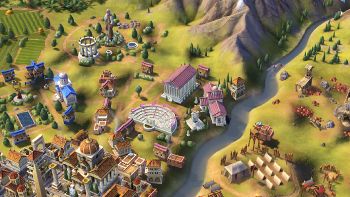